When I was a kid, I was a HUGE Stephen King fan.

I read The Shining in grade four. Carrie and Salem’s Lot and The Stand in grade five. Cujo in grade six. (Still can’t bear to think of the ending to that one.)  Different Seasons in grade seven. Christine in grade eight. And so on…

As I grew older and developed an appreciation for books that strove to do something more than scare the pants off people, I left Mr. King’s works behind. But I’ve always had great appreciation for his ability to create compelling characters and spin a yarn that could captivate and terrify me and leave me wanting more.

So when a friend recommended his book On Writing, I decided to check it out.

Turns out Mr. King’s book on the writing process is just as captivating as his novels. He offers fabulous advice and a compelling account of his own experience of becoming a writer and honing his art.

One of the best takeaways I got from his book was “the 10 percent rule.”

Whenever you finish a piece of writing, check its word count then go back through it and ruthlessly remove at least 10% of the words.

3 Tips on How to Shrink Your Word Count

As you implement the 10% rule, you’ll become aware of words in your writing that don’t add essential meaning to what you’re trying to say.

Here are 3 specific examples to look for:

As you review every phrase and sentence in your writing, ask yourself: “Is this really necessary? If I take it out, does the core meaning of the article remain intact?”

If your answer to that second question is yes, delete that phrase or sentence! By weeding out the non-essential details, you make your writing stronger and clearer – and you do your readers the favour of not making them read more words than necessary. (Which they’ll appreciate, believe me!)

Look for details, phrases, and sentences that are similar to something you’ve written elsewhere in the piece. There’s no need to repeat yourself – when you communicate the idea strongly enough the first time, once is all you need.

Look for modifying words – e.g., adverbs and adjectives – that you’ve added to make a noun or verb seem stronger.

You can almost always shrink such two-word pairings into one word simply by using a stronger noun or verb.

See how the words on the right are stronger and add more clarity and nuance? That’s how you weed out the unnecessary words while adding more power and meaning to your writing.

To show you what this kind of editing looks like, here’s an excerpt from the unedited first draft of the article you’ve just been reading. The words I deleted are bracketed in red font and the words I’ve used to replace them are blue. I’ve added occasional editorial commentary in green – because who doesn’t love as much colour in their writing as possible? 😉

Here’s what the unedited first draft looked like, with edits & comments added:

When I was a teenager, I was a [seriously huge] HUGE Stephen King fan.

[And so on, and so forth.] [Added emphasis unnecessary]

As I grew older [and got a bachelor’s degree in journalism and an MA in English Lit, I] [you’re tooting your own horn here, Erin – doesn’t really add essential meaning to the topic] and developed an appreciation for books that strove to do something other than scare the pants off [their readers] people, I [stopped reading Mr. King’s books and gradually] left [them] Mr. King’s books behind. But I’ve always had [a] great [deal of ] appreciation for his ability to create compelling characters and spin a yarn that could captivate and terrify me and leave me wanting more.

So when a friend [suggested that I read] recommended his book On Writing, I decided to [hunt it down in the local library and] check it out.

[As it] Turns out [,] Mr. King’s books on the writing process are just as captivating as his novels. He offers [really useful] fabulous advice and a compelling account of his own experience of becoming a writer and honing his art [– copious amounts of drugs and all.] [Deleted because while I was fascinated by his story of rampant drug use and his battle to overcome it, it doesn’t add anything to my article.]

And I think you’ll agree, the shorter version is cleaner and easier to read as a result.

Try it in your own writing – and avoid the TL;DR curse

The next time you write a blog post or article, try the 10% rule out for yourself. I guarantee you’ll find it easy to cut at least 10% of the words out of your article with every edit you do. And the result will be a stronger, clearer piece of writing that more people will read through to the end – and be more likely to remember as a result. 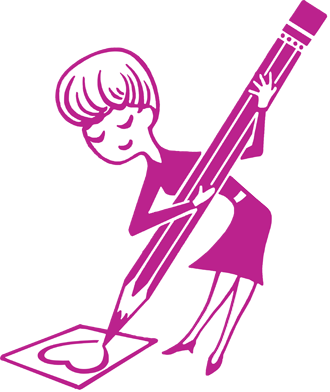 WRITE THE REAL YOU

Create an Unforgettable Voice & Personality for Your Business

Sign up for this free 7-day e-course and learn how to:

You’ll receive a new lesson & activity in your inbox every day for a week – and discover 7 powerful principles that will make your business writing more engaging and effective.